As a Brooklyn native, Humberto Lopes has developed Commercial, Industrial, and Residential properties throughout Brooklyn, Staten Island, Fort Lauderdale, and Hollywood, Florida and will continue expanding into other states in 2022. Mr Lopes has been in the field of Construction, Real Estate and Development for 40+ years and it shows by all of his credentials and licenses he’s acquired in Construction and as a Developer, Corporate Broker, and Property Management over the years. He has always been determined to leave his mark in both the Development and Real Estate industry from a very young age working as a handyman. After some success in construction, he was able to purchase his first property in Red Hook at the age of 19. Today he is one of the largest property owners & developers in Red Hook and the surrounding neighborhoods. He helped develop the Red Hook Initiative and was the leader in bringing in the independent school “Basis” to the neighborhood. Not only does he own the land the school is built on, but he made sure they gave back to the community that he tirelessly fights to make better by giving two local students a full ride tuition every year! He’s left his mark in schools like the local P.S.676 as well as P.S.18 in Staten Island and even the Staten Island Zoo by not just giving a financial donation, but by actually being hands on and making sure the kids are the ones directly benefiting from Mr. Lopes’ blessing. Due to Mr. Lopes’ dedication and perseverance, he has continued to be a positive force in his community. The impact that he has created will last far beyond his lifetime. His commitment to changing lives will continue and will never lessen as long as he lives. – H.L. 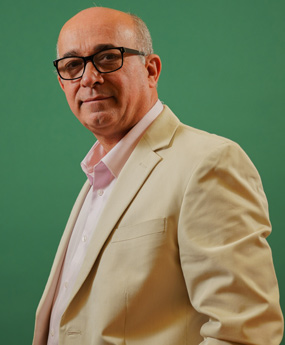