In the injury-ridden game of football, safety is in the forefront of priorities for Susan Wagner athletic director Scott McBratney. His job became much easier Sunday as Investor’s Savings Bank presented the Susan Wagner football program with a $10,000 donation at halftime of its PSAL regular-season finale.

The donation will be utilized to purchase state-of-the-art equipment, specifically helmets and shoulder pads to keep the players’ safe.

The grant was arranged by Humberto Lopes, concerned parent of Falcons’ football player Myles Lopes. Through his business relations with ISB, he was able to work with their board of governors and acquire a grant.

“We personally want to thank everyone at Investor’s Bank and Mr. Lopes for their tireless effort in donating to our school,” said athletic director McBratney. “Anytime you can purchase new equipment for our students that will keep them safe and effective and competitive on the field, it’s a wonderful opportunity and we can’t thank them enough.”
McBratney explained that every year new equipment is released based off the success of the previous year to further protect the athletes from concussions and other injuries.
“We’re always looking to implement new resources and knowledge as far as making safety our top priority,” said McBratney. “By keeping them safe we truly are caring for them both academically and as an athlete.”
Mr. Lopes has contributed to the Susan Wagner football program for eight years and has also funded PS 18 and PS 27 for supplies such as computers, printers and athletic improvements such as basketball backboards.
“Mr. Lopes has been a tireless worker who doesn’t seek credit, he just does it for the benefit of the kids in mind,” said McBratney. “He looks out for all kids not just his own and he really doesn’t want credit. I couldn’t be more blessed to have someone who dedicates their time and resources to helping our school and its students.” 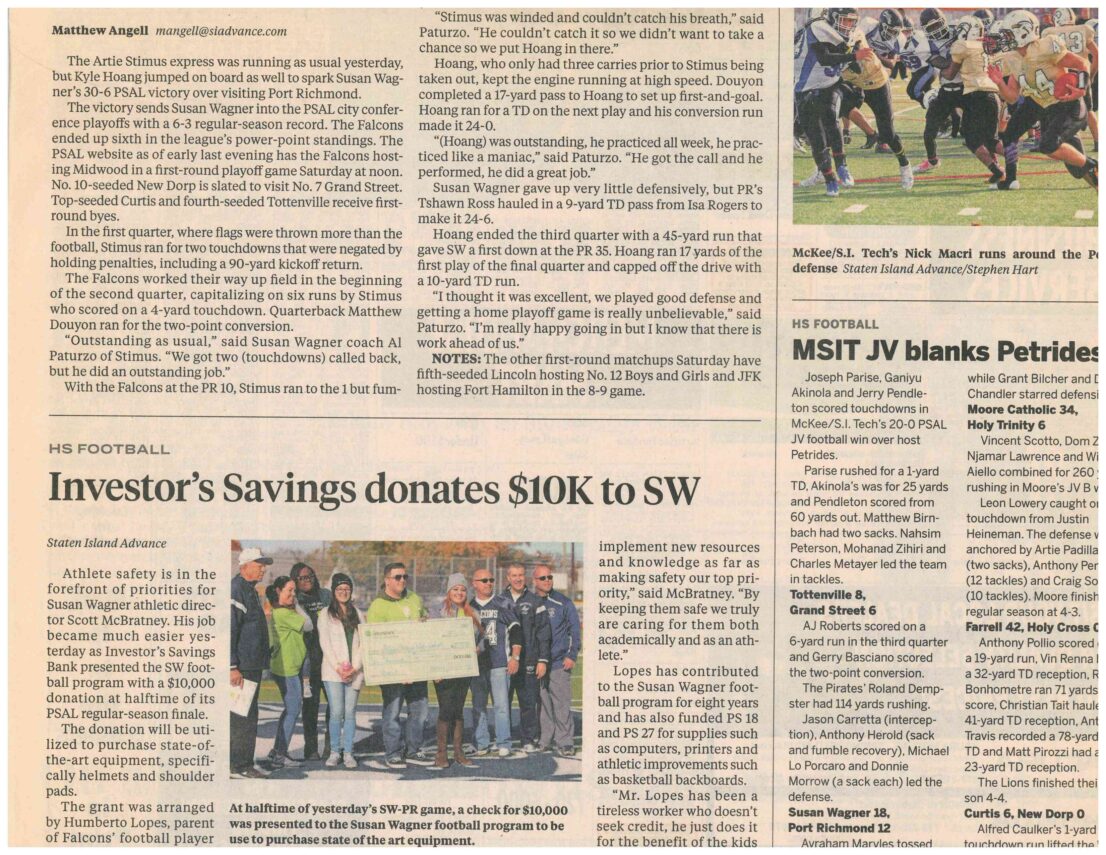 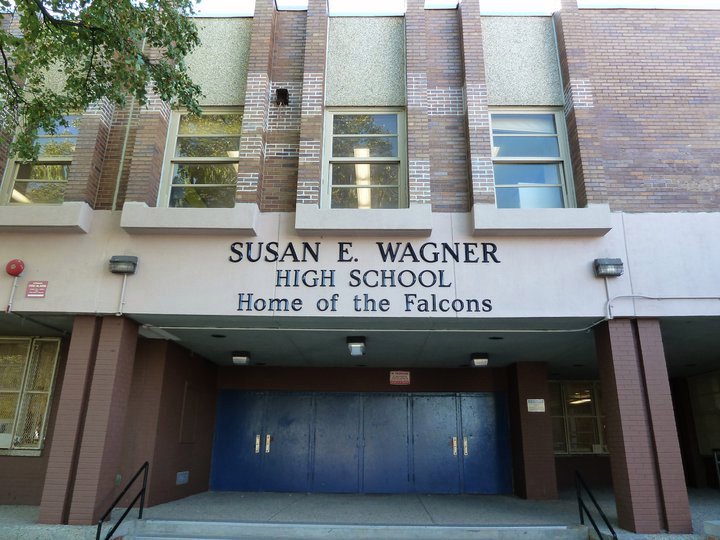